New bars and restaurants opening up in Manchester in 2021 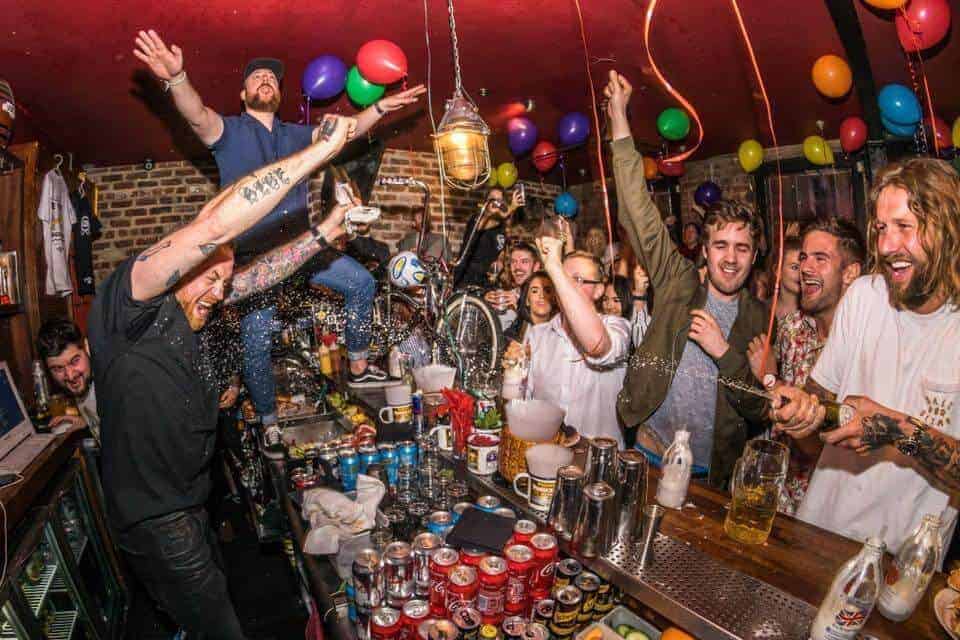 With news of lockdown being fully lifted by June, and restrictions easing in April, we’re sure we aren’t the only ones pre planning our summer. We’ve made a list of the best new venues you don’t want to miss from 12th April onwards.

Popular Northern Quarter café Ezra & Gil is set to open a second site on Peter Street in the former Subway shop. The space will continue with E&G’s classic industrial style, with ample seating for brunchers to take advantage of. It’s Ezra & Gil as we know it already, just a lot, lot more of it. The shop is ready to open as soon as lockdown permits!

After mysteriously closing their doors in the NQ almost two years ago, Slice has announced they are heading to a new location on Oxford Road. The restaurant, which was regularly packed out thanks to its tasty square-sliced pizza, will be serving Roman-style pizzas by the slice. Plans also include sandwiches on freshly baked bread and homemade gelato in summertime.

Liverpool’s Salt Dog Slims is on its way, serving brines and steins it’s sure to be the new perfect casual spot for eating and drinking. With cocktails and steins, we’re excited to try these epic hot dogs once lockdown is lifted.

The independent bar and gig venue, Jimmy’s, founded by brothers George and Jimmy Craig is on the move after leaving its previous Northern Quarter site to make way for an office development. Jimmy’s will be opening in Ancoats just off Cutting Room Square. Plans include a first-floor restaurant and the inclusion of its own range of beer, produced in partnership with Manchester brewery Joseph Holt.

Taking over the former Earth Café site, Four Side pizza is another exciting restaurant serving up Detroit-style pizzas with a twist… all plant-based, and with no booze on site! Diners can also expect doughnuts too, and a restaurant when lockdown permits!

Taking over the former Walkabout site just off Deansgate, The Blues Kitchen is set to bring a taste of New Orleans to Manchester. The London based bar has had locations in Shoreditch, Camden and Brixton for years and have now decided to make the move up north. The Blues Kitchen will offer Mancs a whole new vibe – with blues, burgers and bourbon. serving up food day and night. The bar, with a capacity of 600, pays homage to the iconic Blues scene, hosts live music every day from local and international talent and live DJs playing some of the best soul, funk, rock n roll & roots music you’ll find in the UK.

Canvas Manchester will feature three distinctive spaces in Circle Square; Canvas Kitchen (restaurant), Canvas Club (private members’ club) and Canvas Events (events space). The neighbourhood will have the capacity for 400 at its live music space, with an additional room for 100 at the Canvas Kitchen. Open from 7am-4am every single day, it’s going to be hard to stay away from this new venue.

Created by @schofields.bar
A brand new cocktail bar set to open in the famous Sunlight House. Schofield’s Bar will seat around 70 customers inside and a further 60 on the outdoor terrace with a menu of 24 cocktails, perfect for summer after work drinks.

The £1m food hall from founders of Assembly Underground in Leeds is set to open this year spanning 8,073 sq ft with a mezzanine, lounge area and outdoor patio. Society Manchester is a brand new taproom, which will be complete with a number of food vendors, and a cocktail bar. There will be space for five independently-owned kitchens, including Slap and Pickles, The Falafel Guys, Manzoku Street Food and Dokes Pizzeria. Located in the space next to Bridgewater Hall, we’re excited to visit this spring.

The spacious and luxurious master bedroom boasts a super-kingsize bed, fitted wardrobe and dressing area with 9ft mirrors, perfect for getting ready or winding down after a long day.

This is a grand, Art Deco building and the Gotham Boutique is all about glitzy decadence and theatre. Opulence and bling rule here, from the gold plated kitchen to the large comfy beds and faux fur throws, this apartment has to be one of the sexiest in Manchester. Seeing is believing.

Showcasing all of its original features, with dark black walls, a large black polished concrete bathroom, this apartment is in a class of its own.

Our Luxe Brooklyn Loft Boutique is a defiant homage to the Gilded Age of New York City and the promise of the New World. It stands as a hive of theatricality and energy. Located a couple of minutes east of Piccadilly station, providing you with the ideal base from which to explore Manchester.

Brooklyn welcomes the world to its streets, and we invite the world through the doors of this Boutique. Guys, dolls, grifters, shifters and all folk in between.

Our Luxe Manchester Warehouse Boutique is a defiant homage to the industrial age of the city, whilst also encapsulating the new, vibrant and cosmopolitan city it has become.

Manchester, birthplace of the industrial revolution and with its own unique character, welcomes the world to its streets. We invite the world through the doors of this Boutique. Guys, dolls, grifters, shifters and all folk in between

Designed for get-togethers with family and friends. The open-plan living space with fully-equipped kitchen and dining table for 6, was made for those demanding space and opulence.

With the two plush king sized beds in both the bedrooms and high end pull out sofa bed in the living space, this boutique is spacious enough for both lounging and entertaining. You’re all set to enjoy a comfy and luxurious stay.

Every room boasts unrivalled NYC-style views across the stunning Manchester skyline to the north east and as far as the Peak District. Live feeling like the king or queen of the city.

Luxe Boutique In The Clouds

An apartment that has been lovingly designed and featuring high quality appliances and finishes. With bespoke furnishing to accommodate get togethers around the dining table or around the TV, it truly is the perfect place to hang out with friends

Every room boasts unrivalled NYC-style views across the stunning Manchester skyline to the north east and as far as the Peak District. Live feeling like the king or queen of the city